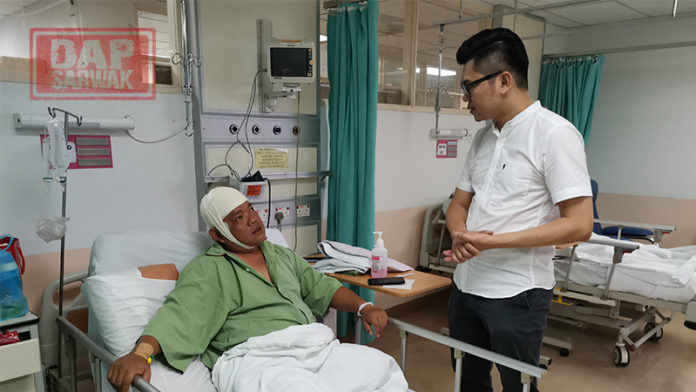 I visited the wounded Grab driver at the Sarawak General Hospital (SGH) today. He was attacked by his passenger who was armed with gas gun in robbery attempt on 30.5.2019 at about 3 pm.

The victim, Sim Teck Howe told me that he had gone through an operation to remove six tiny pieces of residue as a result from the assault that happened in Matang on Thursday afternoon.

Those residues were taken out from his neck and face.

The victim also told me that the police had identified the assailant through the record found in the Grab application.

I urge the police to arrest the suspect the soonest and bring him to justice.

The victim also reminded fellow Grab drivers not to take passenger off-line as they will be left with no record of the identity of the passenger should any untoward incident happen.

I wish him a speedy recovery.