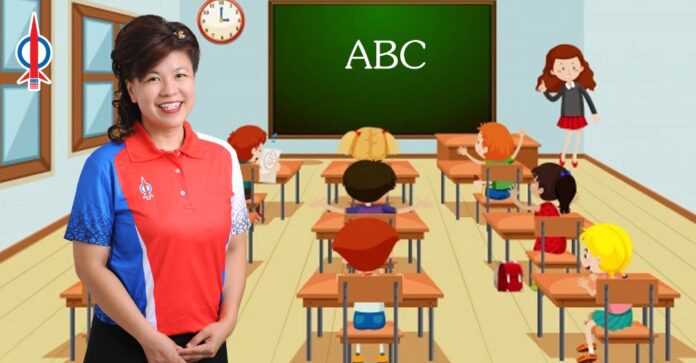 After the Yuletide celebrations and being anxious what Santa will bring to them on Christmas Eve, the children are once again put in a stressful situation waiting for our photo op inclined Ministry of Education (MOE) to clearly announce the start of school in Sarawak.

Recently the Minister of Education had announced that all schools will begin on the 9th and 10th January 2022 for all states to give ample time for children and parents to prepare for the coming school term due to the floods nationwide. This sounds logical and rather reasonable since our National Disaster Management Agency (NADMA)’s failure to prevent these floods from developing into a crisis.

As of today, 47 individuals had lost their lives due to recent floods happening in West Malaysia! Will our children also have to suffer now for MOE’s inefficiency?

I wish to highlight the anxiousness and uncertainty which Sarawakians are facing due to the incompetency of SDMC, NADMA and MOE. It is a known fact that Sarawak is still in Phase 3 of the National Recovery Plan (NRP) as announced by our Prime Minister Ismail Sabri in September, 2021. Since then, there is no further announcement from the government relating to the change in the NRP phase or annulling the NRP. Is it because that the people in Putrajaya were too engrossed with the photo-ops until they had either forgot about updating the NRP phases or is Sarawak still in phase 3 with numbers of infections dropping below other states?

Sarawak has the highest vaccination rate, yet we are among the last few states that has yet to begin face-to-face classes. Please bear in mind that our form five children will be sitting for the Sijil Pelajaran Malaysia (SPM) in March 2022 together with all the other candidates in Malaysia. The other states had already begun their face-to-face classes for these candidates. They already had their simulation for their Bahasa Malaysia and Bahasa Inggeris oral examinations, and they will be more prepared than our children! Some states had even begun with the laboratory classes to prepare their candidates for the science practical examination which was scheduled to be held early next year! What are their plans for us Sarawakians, or should I say What exactly is our plans to help our children face such adversity?

SDMC must step up to the plate and do its part by at least clarifying the status of the NRP and whether the children will be attending the face-to-face classes or continue with the online classes. If it is the latter, SDMC and our newly minted state government must also formulate a more robust strategic plan to assist our SPM candidates so that they are not at a disadvantage when competing with their counterparts from Peninsular Malaysia. Whatever your decisions, please keep in heart that our rakyat needed time to get their children ready for school not because they are slow but needed time to pool resources (especially financials) which are rare during this challenging time. MOE must keep to its promise of giving at least a week notice when changing the mode of the classes and schools in Sarawak is still waiting for that written instructions.

I hope that SDMC would not let such a challenge to develop and become a crisis towards the lives of our SPM candidates with their non-action! Other than this, we need to seriously look into learning of our school going children especially those from the rural and remote areas that have not been attending classes (online or off-line) to ensure that they do not become a lost generation due to SDMC’s incompetency.