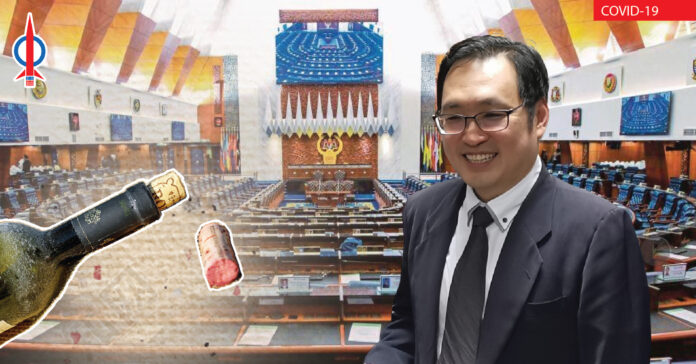 The so-called new cabinet line-up is a big disappointment. It is literally old wine in old bottle with onlya new bottle cap, not even old wine in new bottle.

Ten days ago, when Muhyiddin resigned, all Malaysian were hoping for a new government to govern the nation, for the simple reason that Muhyiddin and his cabinet had failed terribly in the management of the Covid-19 pandemic.

Not only Malaysia became the only country put under Emergency Order because of the pandemic, but 6 months after the Emergency Order, we saw escalating new Covid cases and more deaths per day. Moreover, our country’s economy was going south, with many existing foreign investors threatening to leave the country.

However, as things turn out, Pakatan Harapan did not succeed in replacing the Perikatan Nasional Government, having commanded 105 out of 220 MPs in Parliament. The crucial number for the PN government came finally from the Sarawak’s GPS with its 18 MPs throwing their full support for Ismail Sabri UNCONDITIONALLY.

That was the first big disappointment.

The second big disappointment came at today’s announcement of the so-called new cabinet listwhile in actual fact, 90% of the same personalities constituting the previous incompetent and failed cabinet were reappointed as Ministers and Deputy Ministers.
While we were disappointed that there was no change from PN to PH Government, we still hope that, at least, there would be new ministers appointed from the PN block to replace those incompetent and almost invisible ones.
Yet, even that hope was dashed when Ismail Sabri made his announcement this morning.

Notwithstanding the disappointments, for the time being, we will continue to act as the responsible Opposition to help our country and her people until Parliament is dissolved when the people would then have a chance to elect a new Government.