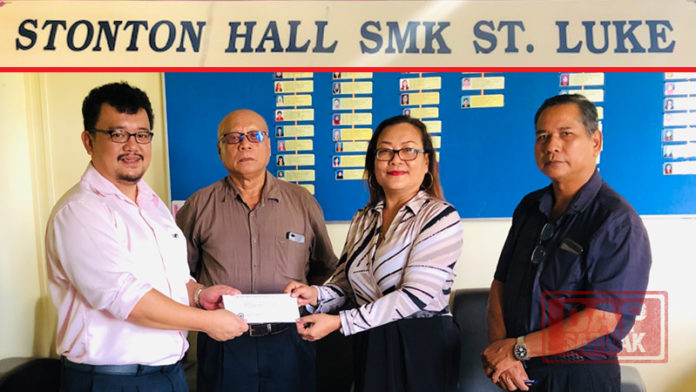 Today we went to SMK St Luke to inspect the condition of the completed repair project done by the contractor.

The repair works were done due to the request by the PIBG of SMK ST Luke, asking for their Dewan to be repaired, because of terrible leaks and roofing problems.

‘The PIBG sent a request to our office asking for funds for repair, which I immediately requested to YB Chong Chieng Jen, which YB Minister approved an amount of RM20k for repairs,’ said Leon.

‘The problem with the roof leaking were so severe that any time there was heavy rain, the students were not able to use the hall for assembly or any other activity due to the deluge of water which would flow in the dewan.’

‘The request for funds by St Luke had been forwarded to our local YBs various times but both never took the responsiblity & initiative to help the school, which is a great shame, because SMK St Luke has produced some of the brightest minds in the country, being one of the schools representing Malaysia in the Asean Math & Science Expo in Phuket, Thailand in April this year.’