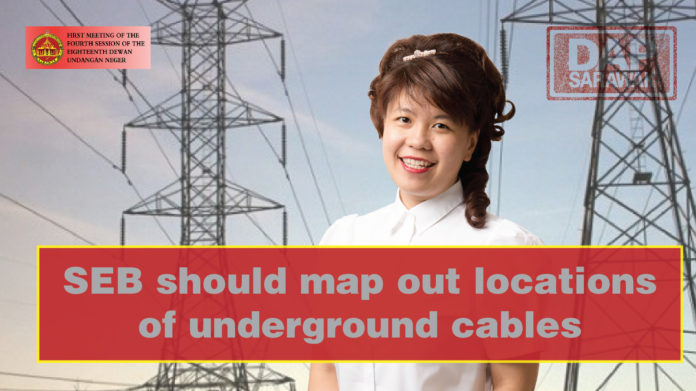 Lacking of Initiative for Underground Cable Mapping by SEB

Over the years, SEB has earned billions of ringgit from Sarawakians, where property developers and contractors have to pay capital contribution when building sub-stations for SEB.  Besides that, SEB have also been embarking on its journey of building one hydro dam after another, disturbing villages and relocating settlements from Batang Ai, Bakun, Murum and now Balleh.  Although these communities were resettled and given longhouses, farm land, roads but majority of these resettlements are not connected to the main grid.  They are just by-passed and SEB think that it is good enough for these resettlements to be provided with some rural alternative electrification scheme.  With so much energy generated, SEB is already selling electricity to Kalimantan.

While making tonnes of money from the rakyat, SEB seems to have lacking the commitment and pro-activeness in doing mapping and identifying where their underground cables are laid, especially in older town areas where it is densely populated.

In most infrastructure projects, while works are being carried out by contractors at sites, SEB does not seem to have the information or the data that these contractors could peruse to ensure that they do not risk excavating the existing underground cables.

In the event when the contractor happens to excavate the underground cables, besides causing delays to the construction work, all the damages incurred will have to be borned by these contractors and on top of that, SEB have even announced that they will look into the possibility of taking legal action against these contractors.

Being such a big corporation, SEB should have already embarked on asset mapping.  As it is, I have received numerous complaints there are no such data available.  I wish to remind SEB that their job is not just to make money out of the rakyat, but also to help to make rakyat’s life easier by providing relevant information.  Please do not just keep the money in the bank and think of selling more electricity to other countries when our own people are being ignored and local jobs such as mapping is just overlooked.