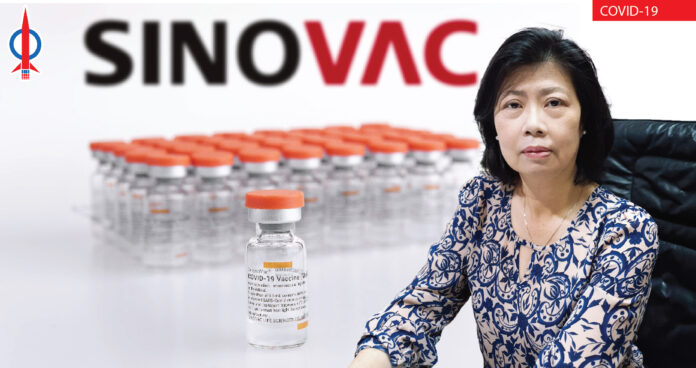 With Sinovac being dropped from the Malaysian government’s Covid-19 vaccination roll-out, Sarawak State government needs to inform the people if this is due to the global concerns over its efficacy against new and more contagious variants of the coronavirus, in particular, the delta variant.

During the past few weeks in the attempt to inoculate at least 70% of the population by August 2021, there seemed to have a massive roll out of the Sinovac vaccine in the state. Are all these people who have been so vaccinated with Sinovac now as vulnerable against the delta variant and other more contagious variants as if they have not been vaccinated at all?

In our neighbouring countries in Thailand and Indonesia, there have been reported breakthrough infections among the medical and frontliners who have been inoculated with 2 doses of the Sinovac vaccine. Singapore has also reported leaving out of the tally count of their population who were inoculated with Sinovac. In fact, even China herself is reported to plan to give Covid-19 mRNA vaccine booster shots to people who have received the inactivated-virus vaccines in the country in order to increase their protection against the new variants. This was reported in international online news (NikkeiAsia 15 July 2021) .

The Sarawak state government and SDMC should thus reveal to the people on what is their stand on the efficacy of the Sinovac vaccine and if there are indeed such concerns, then if there is any similar plan to offer mRNA booster shots to our people who were given the Sinovac vaccines, especially for our medical and front-line workers.

With the delta variant already in Kuching, SDMC should not tarry with the plan to increase the immunity level and protection against the more contagious variants of the coronavirus. Correct information regarding the new variant should be officially disseminated through the state government portals to combat the many viral messages of the new variants in social media and which might lead to confusion and baseless fear among the people. The correct information should prompt and encourage people to do their part in stopping the spread of the contagious variant to other parts of the state and which might cause further destruction to the lives and livelihood of the people in the state.