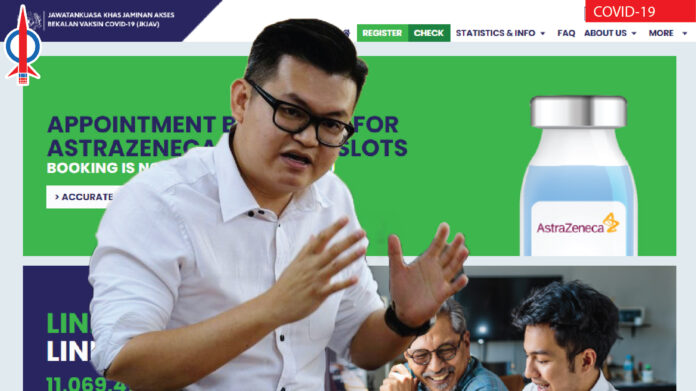 The Covid-19 Vaccine Supply Access Guarantee Special Committee (JKJAV) should have been more prepared to cater for the surge of online traffic from members of the public who intends to opt-in for the AstraZeneca(AZ) vaccine. This is not the first time they are dealing with such an issue and should have planned better to reduce such glitches for convenience of public.

While i am happy there is an overwhelming response to the AZ opt-in, which shows people’s eagerness to get the vaccine, but it basically also shows ppl’s frustration at how slow current vaccination rate is, and how the PN gov dont seem to learn from past mistakes.

What is more frustrating is how many have managed to convince hesitants to sign up, but to be eventually let down by the system.

If the government knows that the centralised system may not have been able to handle the nationwide traffic at one time, they should have decentralise it and allow each State’s registration to be on different days.

All they need is to reserve a certain quota based on population and infective rate of that particular area and then open different dates for different States.

We are even informed, many of the elderly that registered for the 2nd part of this opt-in programme have not received their confirmation message even after 48 hours that was peomised in the system. This has to be properly addressed.

That is why i urge the government to learn from their mistakes and be proactive. This is not how to instill confidence in the National Immunisation Programme.