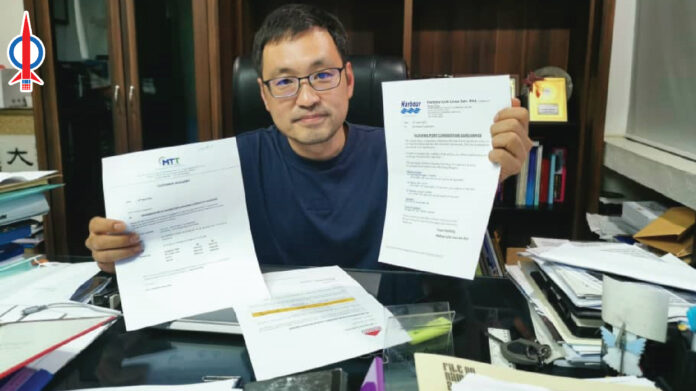 Kuching Port Authority (KPA) should absorb the additional charges imposed by shipping companies on importers and exporters resulted from the computer system outage of the port.

Yesterday, all the shipping companies announced that they will now be charging all importers and exporters additional charges of RM300/20’ container and RM600/40’ container due to the computer system outage of Kuching Port Authority (KPA) causing delay in vessels turnaround and schedules at the Kuching Port.

Though these charges are charged on importers and exporters, the final impact of the increased charges will ultimately be transferred to and borne by the local consumers and exporters.
As these additional charges are incurred because of the negligence and mistake of KPA in maintaining its computer system, it is most unfair to force local consumers to bear the costs of KPA’s negligence and irresponsibility.

This is very typical of the Barisan Nasional’s way of governance by privatising profits and socialising losses, which is, profits of the operation of an essential service goes to a private company but when there is a loss, the public are forced to shoulder.

Once again, I repeat my call to review and cancel the privatisation of port service.

On this note, James Masing as the minister in charge of port services, must clarify and ensure that public are not forced to bear the costs and losses of the KPA and its service provider’s negligence and failure.

On a larger scale, if the GPS Government could not even ensure that the KPA is run efficiently, how are we to overtake Singapore as boasted by some of our ministers.