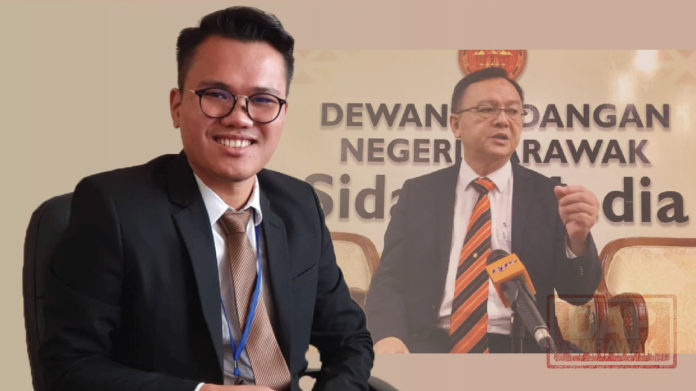 The August House was shocked by a speech delivered by Batu Kitang Assemblyman, Lo Khere Chiang where he challenges the Prime Minister to conduct a referendum and let the Sarawakians decide their fates.

That kind of speech for me can befall under the Sedition Act as he breaches a consensus that has been made by our forefather to form the Federation of Malaysia. He should remember that such remarks only worsen the country and dividing us apart as we are currently as Malaysian in progress of rebuilding a strong country.

I believe by withdraw ourselves from the federation of Malaysia, it will only cause chaos to our own people. Let me ask Lo Khere Chiang if he is sincere to hold a referendum;

-Are we ready in term military power?

-Are we ready in term of Human Capital Index?

-Are our leaders ready to lead the country from scratch?

-What about those corruption allegations towards our Sarawak leaders?

Although we can withdraw ourselves from the Federation, we are not ready in terms of the said factors.

Lo Khere Chiang’s is just merely a childish! Now most of the GPS leaders are trying to imitate the late Tok Nan by giving a similar type of speech like and hoping the Sarawakians will love them. But they must remember, they are not Tok Nan. Their standard and Tok Nan standard is not even close. They have 50 plus years to suggest the referendum and yet why just after the Barisan Nasional lost the recent general election they are so enthusiastic to championing the Sarawak’s right. When they have time to do so, they kept quiet and do nothing.

Lo Khere Chiang must have forgotten that his Chief Minister where he is praising him during his speech is against the referendum and stated that Sarawak will remain in Malaysia. How come he so dares to go for something when he knows for sure that his coalition will not back him for the referendum. I can see that the SUPP is just like empty barrels make the most noise in the GPS coalition and no one care for them as PBB is controlling the coalition.

You speak in the DUN, your voice is not powerful enough and it is just like a toothless tiger as you are just an ordinary backbencher and the other parties in your coalition are not backing you.

Stop dividing our country Mr Lo Khere Chiang, but let’s focus on rebuilding it so that we will have a strong Malaysia for our future generations. “Malaysia Bersih, Harapan Kita”