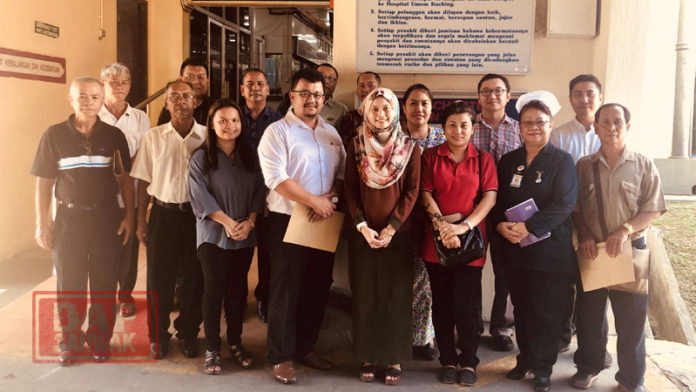 Fifteen individuals from non-governmental organisations, political parties and various professions have been appointed to the Sri Aman Hospital Visitors Board.

The appointment is done by Minister of Health Datuk Seri Dr Dzulkefly Ahmad, the appointments are for a period of two years effective from Jan 1, 2019 to Dec 31, 2020.

The visitors board committee members were selected recently following the board’s first meeting. Leon Jimat Donald is the Chairman while Baharudin Bin Abdul Karim and Kho Yak Poh were chosen as the Secretary and Treasurer.

The roles and functions of Sri Aman Hospital Visitors Board members are to foster closer ties between the hospital and the Sri Aman community at large by relaying information, concise explanation to the general public on the services and facilities provided by Sri Aman hospital, and challenges faced.