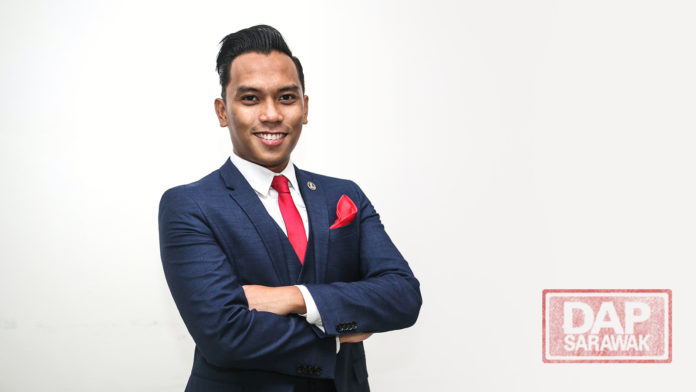 I was gobsmacked when I first read the latest ‘u-turn’ statement made by the Minister of Youth and Sports Syed Saddiq Syed Abdul Rahman who without shame told our fellow Malaysians to ‘move on’ regarding the issues of the controversial Indian preacher, Dr ZakirNaik.

The controversial Indian preacher made a sensitive remark against our fellow Malaysian Chinese by saying that “People call me a guest. So I said, before me, the Chinese were the guests. They aren’t born here. If you want the new guest to go first, (then) ask the old guests to go back… The Chinese weren’t born here, most of them. Maybe the new generation, yes”

Zakir made those remarks about the Malaysian Chinese when he was talking about how Islam had spread peacefully in the region through traders at the “Executive Talk bersama Dr ZakirNaik” in Kota Baru, Kelantan on Aug 8, 2019.
https://www.thestar.com.my/news/nation/2019/08/14/zakir-naik-plays-039pendatang039-card-says-chinese-should-go-back-before-he-does#1y4KY5uX85UEW80c.99

His remarks received brickbats among the majority of Malaysians including the moderate Malays, Chinese, Indians, native Sabahans and native Sarawakians. Soon after that, on Aug 14, 2019, Syed Saddiq quickly came out with a ‘heroic’ statement to support his fellow ministers Gobind Singh Deo, M Kulasegaran and Dr Xavier Jayakumar’s call in the cabinet to deport the controversial Indian preacher for making racially and religiously sensitive comments.

Syed Saddiq was quoted as saying “An attack against our Chinese and Indian brothers and sisters is an attack against all Malaysians” I know many Chinese and Indians who are willing to die for this country that they love. It is ridiculous to even think that my fellow Malaysians are my guests… They are my family for god’s sake. Enough is enough” https://www.malaysiakini.com/news/489328

Unfortunately, his ‘heroic’ statement became ‘anti-climax’ as it did not last long. In just ten days, the so-called promising millennium leader appears to bury the hatchet with the controversial Indian preacher by hosting a dinner at his house in Petaling Jaya. What’s worse, without a shame, he posted in his Instagram with the caption “There’s no need to beat on our chests and muddy the waters anymore. There’s no need to insult and disparage. Let’s move on, the country needs healing”. Move on? Give me a break.

Some of our politicians have made many ‘U-turns’ in their political careers due to certain reasons but in the case of Syed Saddiq with ZakirNaik, this is the ugliest ‘U-turn’ in the Malaysian political history. Such an ugly ‘U-turn’ is unbecoming judging from his status as a Federal Cabinet Minister. What is the message that he is trying to send to the public? Don’t tell me that this Syed Saddiq is suffering from a selective dementia at an early stage. If so, then, he is mentally unfit to remain in his lucrative position.

Making a ‘U-turn’ at an early age just goes to show that Syed Saddiq has lack of principles and moral integrity. Instead of siding the majority of Malaysians that he is initially with, he chooses to end his support by siding with the controversial Indian preacher for his political mileage. Judging from Syed Saddiq’s flip-flop statements, he failed to bring the voice of progressiveness and moderation. I fear that if he remains in that lucrative position, the youth will start to feel disgusted and fed-up with our leaders.

To make Malaysia great again, it’s highly time for the Malaysian youths to stand up as one voice. To bring Malaysia forward, we need a progressive and moderate young leader. We don’t need a youth leader who is ultraconservative that belongs to the past. Or else, we will never see changes in our lifetime.