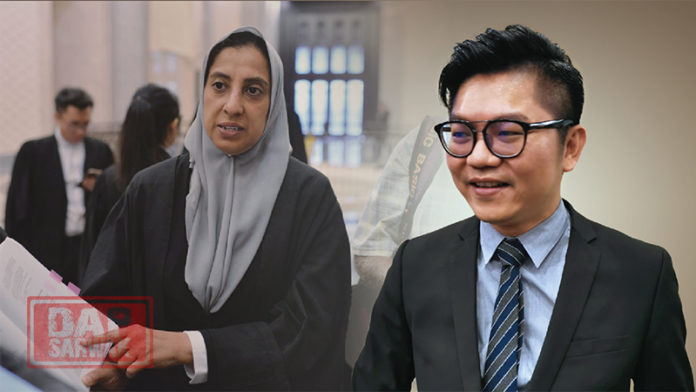 Padungan assemblyman Wong King Wei has urged Gabungan Parti Sarawak (GPS) leaders to worry less about the background of the newly-appointed Malaysian Anti-Corruption Commission (MACC) chief commissioner, but to worry more on whether will she go after corruption in Sarawak.

Wong, who is Democratic Action Party (DAP) Sarawak vice chairman, said GPS leaders should be more worry about whether the new MACC chief would be taking any action against corrupt leaders in Sarawak.

“I urge Idris Buang and GPS leaders worry not about her background but worry if she is not taking any action against Sarawak corrupt ‘big fishes’,” he said.

Wong said he believed all righteous Sarawakians, had been waiting for the Pakatan Harapan (PH) government to act on corrupt practices in Sarawak.

“Nothing has happened thus far after one year in power. With the appointment of a new MACC chief, I am having a high expectation of her to act speedily, justly, independently and drastically against those corrupt leaders in Sarawak.

“I have been disappointed with the outgoing MACC chief for not taking any action against corruption in Sarawak while on the other hand, Idris Buang feels upset over the change of office,” said Wong.

He urged the MACC to act proactively in investigating corrupt practices in Sarawak, without fear or favor, regardless of who the leader is and what position the leader is holding.

Speed Up BKSS, Use Cash Reserves & Service Tax From Petronas