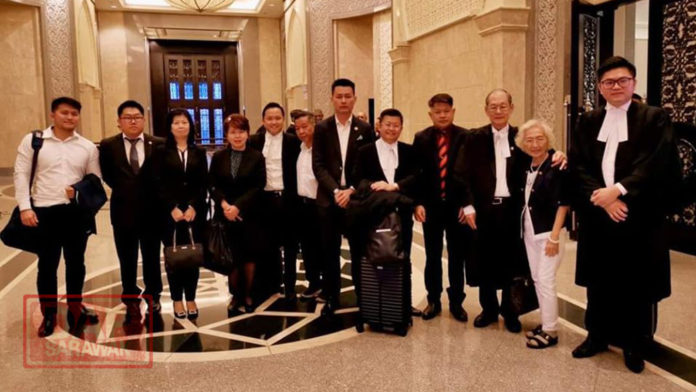 The Federal Court decision on Dr. Ting Tiong Choon’s case is, to say the least, disappointing.

The only consoling facts are that the panel of 9 judges today delivered 3 written judgments, out of which 2 written judgments by the Chief Justice and Chief Judge of Sabah and Sarawak decided in favor of Dr. Ting. However, the remaining written judgment was written by one judge and agreed upon by the other 6 judges.

It is sad and disappointing that in such an important case, 6 federal court judges chose not to write their separate opinion but decided to tag along with the judgment of one of their colleagues.

We DAP Sarawak feels sad about the majority decision of the Federal Court which literally leaves it to the Sarawak State Assembly to do whatever it wants in the Assembly, an unfettered and unlimited power and this basically destroys the fundamental doctrine of separation of power.

Dr. Ting’s case is one where the Sarawak State Assembly has abused its power through a Ministerial Motion (after the defeated BN candidate lost in both the election result and Election Court) by disqualifying an elected representative with its brute majority.

Though the majority judgment of the Federal Court has decided not to interfere with the decision of the State Assembly, that does not give justification to the State Assembly’s resolution to disqualify Dr. Ting.

As for Dr. Ting and DAP, as Dr. Ting has been elected by the Pujut voters for this term, notwithstanding the fact that he is now disqualified, he shall continue to serve the Pujut constituents till the end of the term.