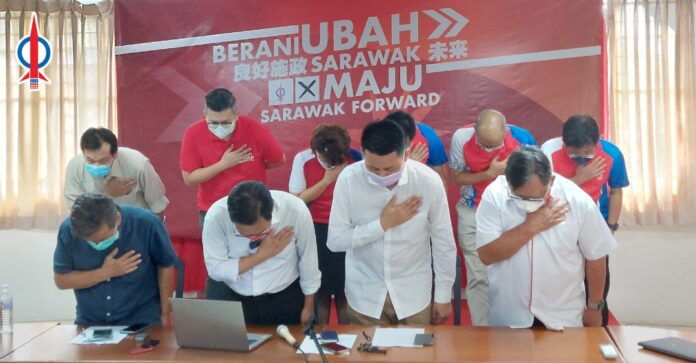 The DAP Sarawak State Committee has met today to discuss on the post mortem reports of the recently concluded 12th Sarawak Elections.

Though state-wide, the total voters’ turnout recorded was 60.67%,the turnout for the Chinese voters was particularly low. In the urban polling stations where Chinese voters were the majority, the recorded turnout was in the range of 40% – 45%. For polling stations where the majority voters were Bumi or natives, the turnout rates were in the range of 65% – 70%. The army and police voters recorded more than 75% turnout.

The low turnout and vote splitting among the Chinese urban voters in this Elections was obvious. Regardless, we accept and respect the decision of the voters.

We acknowledged that the low voters’ turnout and the split-voting was due to the general sentiment of disappointment among the electorates in many of our constituencies. Such sentiment was because the DAP and Pakatan Harapan, during the 22 months of federal government, did not manage to match the expectations of the people.

Though we started to implement many reforms within the government system, and introduce many good governance and people friendly measures, we still fall short of what was expected of us during our time in government.

So, to those who have continued to support DAP, we wish to express our sincere thanks for your continuous support and confidence you have placed in us.

To those who have voted for DAP in 2018 to bring about change of government but in this State Elections decided not to continue supporting DAP because we did not live up to your expectations, we wish to extend our sincere apology for falling short of such expectations.

Notwithstanding, we will continue to do our best in our political struggle for more transparency, accountability, good governance, fairness and check and balance in the government system. We will continue to play our role as the responsible Opposition, supporting what is right and opposing the wrong by the Government of the day.